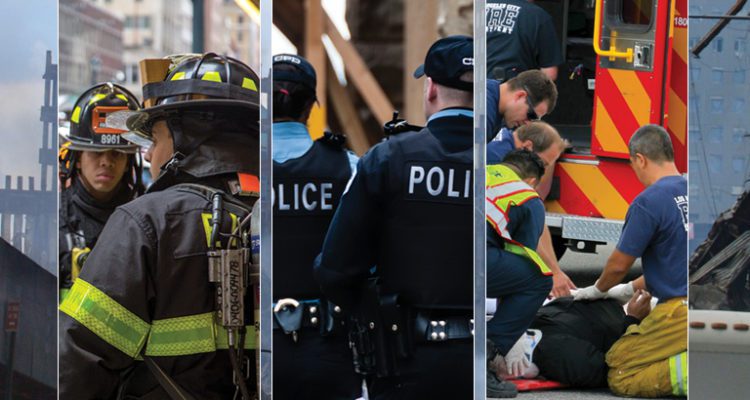 As per some recent bitter incidents that happened in the USA, it is affecting the USA. The growing threat is that there would not be anyone to volunteer (to our calamities). Because the culprit, that nobody’s seen out in the street, but they’re coming back. So it is pretty aggravating now. First responders – especially POLICE, are suffering from the consequences of anti-American acts.

Defunding, Demonizing, and above all, demoralizing isn’t something a society responds to its patrons. And you may not know that all these anti-Americans destroyed the USA’s security infrastructure. What they wanted to do was to make the American people lose faith in first responders.

They are not even aware of the tension at borders. The majority of Police officers are doing a poor job at the border – without even wearing a bulletproof vest. Letting them know how to find or purchase a vest doesn’t cost the US government a dime. So, whatever happened to the pledge of allegiance, whatever happened to screen out nationally, and those are matters of unity to bring this country together.

The USA should never forget 9/11, when these first responders were the ones who saved our nation from decaying. As the one who forgets history is doomed to repeat it, and that goes over.

The recent disturbances in check and balance in USA streets. Where mostly shootings occur under domestic violence situations.

Police are having some of the most evident and rival facts these days. Examples are here, where they have downgraded criminals. But a sudden wave of so-called humanity has stricken the minds of liberals. It’s been downgraded from a felony to a misdemeanor, which means they get out of jailbreak.

We have a 2 tier justice system. And it is a solid extended portion because, quite frankly, why would you want to be involved in putting your life at risk globally? Because if Police arrest back on the street, what’s the purpose behind jeopardizing themselves without wearing a bulletproof vest?

Some significant issues need to be solved in this country. We can do it together as the American people, but unless they rally together and help shore up the thin blue line that is very quickly crumbling. The demonizing acts and these rebel behaviors against Police will lead to none responding to 911 calls. Also, the government of the USA is trying to destroy the order and law for law enforcement officers so that they can create a national police force.

Michael let you are the founder, president, and CEO of invest USA. Who is working for their well-being? To let first responders have their fundamental rights. So many programs have been started under the leadership of Michael Letts that are working to provide bulletproof vests.

Pennies for POLICE by Michael A Letts

One of the first responders’ programs is named Pennies for Police.

Putting in a very significant disadvantage and at a drop-down of being on duty without personal security equipment. Police were put together to ask young people in the school, elementary kids, high school kids, and little school kids, to bring a change to help and provide a vest to their resource officers.

The use of protection – bulletproof vest and will make a significant difference among young people. This program will bring a change in the perception of society.

This program is created by a non-profit as one man is to bring their pocket change pennies into the exciting thing regarded to Police officers.

Defund the Police, Release Criminals – Outcomes Spelled out by Michael A Letts

First Responders Get Another Forwarding By Michael A Letts: Distribution of Active SHOOTER Vests to Pine Ridge Police Department