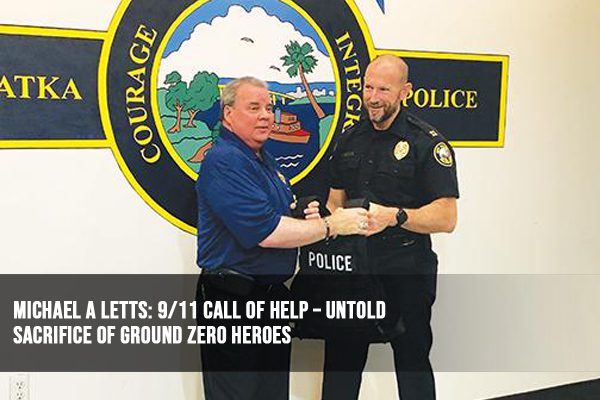 9/11 – the grim time in the history of the USA. TV screens were musty with the smoke cloud of the devastation of the Twin Towers. Indeed it wasn’t a time to watch this inconceivable situation from a distance. Instead, first Responders jumped in the death pool without taking account of their lives.

First responders in the collapse of twin towers tell about Ground Zero Heroes’ response. Stressed views all over America showed the seriousness of the crisis, poor leadership, and poor policies of the American government. Regulations should be ready on hand before the nation faces any far-fetched incident. 9/11 was a time when everyone was searching for rescue and shelter. It was First Responders who responded at a thin line.

During the initial search and rescue operation in the next terror attack, First Responders joined to rescue. They helped citizens to save their loved ones and to respond in merciless circumstances. First Responders kept everyone motivated and suppressed the stressed views.

But the thing everyone neglected was the scarcity of security equipment of First Responders.

No matter how tough the situation goes, First Responders are called out to respond. The endangered images came across the sights of USA citizens in the terror attack of the Twin Towers. First Responders were there to take the pity out without having body armor. Is that what we give to our protectors?

Michael A Letts founded In-Vest USA to provide bulletproof vests to law enforcement officers. There were 58% of troops who did not have any vest at the beginning of this initiative. But after the die heart efforts of Michael Letts, the figures dropped down to 28%. Michael Letts is speaking to platforms on the right of Frontline Responders and diminishing the defunding movements.

The thin blue line is already thinned and is thinning day by day due to unavailable resources. Yet, first Responders are ordered to clear up the mess without necessary safety precautions. We need to save the lives of those who protect us; otherwise, the thin line will not be there in case of any terror attack. The need of the hour is to stop the defunding cause and provide the latest equipment to respond more confidently.

Commemoration of 9/11 by Michael A Letts

Michael Letts is one of the people who does not watch from a distance but goes and responds when there is a call for help. 9/11 was a turn down to the morale of the USA, but Michael Letts was there to motivate first responders. The commemoration of 9/11 surely needs to be motivating and building the morale of the nation. That’s why Michael Letts, being the Law Enforcement professional, shares the grief of descendants. His efforts for cops of small communities and to make Americans stronger than earlier can never be forsaken.

Police Being Forced To Get Vaccinated – Is It Another Way to Defund the Police and Forced Resignation? Michael A Letts’ Perspective