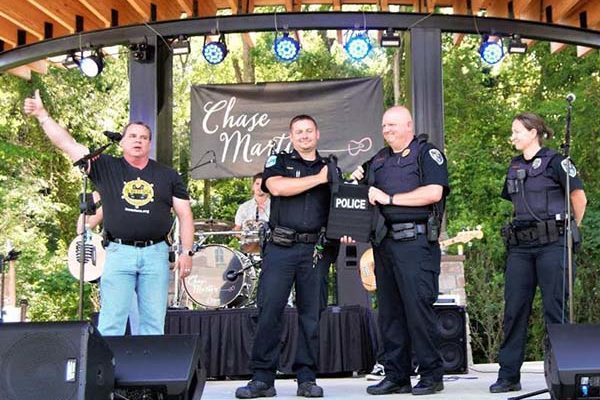 Though this mindset crucially needs to change now. We have seen law enforcement officers responding in every tough time without having any bulletproof vest or safety measure. But still, they are neglected and face defunding. But why raise this defunding cause when you did not even provide these troops with necessities?

Politicians are pounding upon the fact that there should be a whole department of law enforcing agencies at the government level rather than these communities responding officers. But they do not even know that the crime rate is rising day by day, so there is a need for frontline responding agencies at shorter levels.

The rights of law enforcement officers can be gratified if and only if these government representatives think beyond their personal preferences. But, instead, we see only discouragement rather than fundraise for our first responders.

Ilhan Omar sadly seems to remake what she left. She represents her birth country in Congress, and only we can see she is implementing the poverty, lawlessness, and corruption of Somalia here in Minneapolis.

Ilhan Omar also seems to be weighed in the topic of the Law Enforcement community. The appointment of Ilhan Omar in her district is still disguised, but the natives of that district have approved of her boastful behavior. Despite her anti-semitic controversies, the media has still allowed her to spit hateful ideologies using the racist-victim card.

The problem doesn’t end here as the natives can poll whether they want a Police Department or a Public Health Care Centre. This mindset is apparently against Law Enforcement agencies who do hard to keep these localities in check and balance.

Michael Letts is a notable name in the USA societal and political services. Being designated to many posts, Michale Letts chose to raise his voice for the valid rights of Law Enforcement officers.

Michale Letts founded a non-profitable Organization – In-Vest USA, which is a non-profitable organization. The due cause of Michael Letts helped out many frontline responders to save their lives against any deadly attack. The need to save the lives of those who protect us, no matter what, was sensed by him a long time ago. He took this initiative when many opposed him, and he is still under the dark clouds of opposition.

Michael Letts did not only restrict himself to providing bulletproof vests and necessary safety pieces of equipment. He spoke on many platforms and still delivered speeches to stop the Defunding Movement of Law Enforcement officers.

In-Vest is a grassroots organization that has provided bulletproof vests to thousands of police officers with the help of education, public relations, sponsorships, and many fundraising programs.