First Responders Get Another Forwarding By Michael A Letts: Distribution of Active SHOOTER Vests to Pine Ridge Police Department 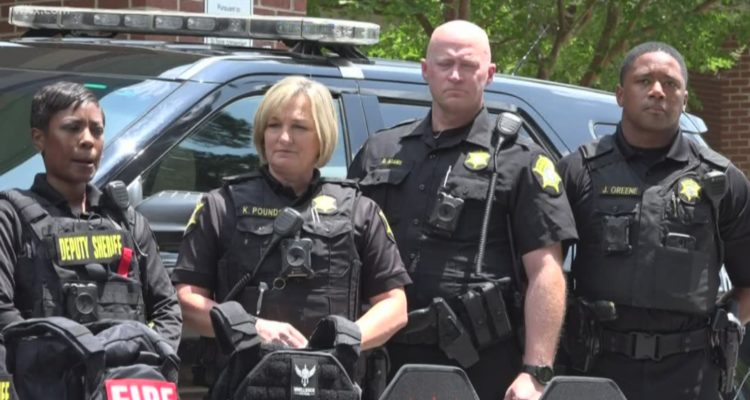 Michael Letts is an active citizen of the USA. He is serving small communities by distributing bulletproof vests to their first responders. His efforts in building a secure society won him a Congressional Gold Medal Award for Community Service. Also, the SC Order of the Palmetto, South Carolina’s highest civilian honor for extraordinary lifetime achievement and services to the state and the nation.

Being a Chaplain at Columbia Police Department and Chaplain at Law Enforcement Division, Michael Letts was aware of the crisis of first responders. First responders deal with both good and bad, but not all who protect us are not fully protected themselves.

Michael Letts’ passion as law enforcement brought a change in society towards their law enforcers. Law enforcement officers confront negativity every day but still respond to any call of misshapen. “Our first responders are the thin blue line of the USA that is keeping check and balance in our country, but if they lack their protection, this line will collapse,” says Michael A Letts.

In this regard, Michael Letts started many ventures to give support to first responders. Top of the list is In-Vest USA.

In-Vest USA by Michael A Letts

Michael Letts is the CEO and President of In-Vest USA, which is a non-profit grassroots organization. In-Vest USA is helping many communities in the USA by providing thousands of bulletproof vests for their first responders through educational, public relations, sponsorships, and fundraising programs. In addition, the efforts of In-Vest USA have helped officers to wear safety vests while on their duties.

According to recent estimation, as of January 2021, around 6,500 concealable and active-shooter vests have been distributed to police officers throughout the USA. In-Vest USA has a core intention to protect the lives of those who keep no stone unturned in maintaining check and balance in our communities.

In-Vest USA has made some advancement in its purpose. The commencement is now providing Active Shooter Vests to first responders.

Active Shooter Vests – A Donation to Save Law Enforcement

After handing out Free Bulletproof Vests to first responders, In-Vest USA is now moving a step forward. Active Shooter vests are directly provided to many first responders. No matter, a bulletproof vest offers enough protection against hazards. But there is somehow a chance of getting ditched by ballistic attacks – which can be deadly.

Michael Letts – the founder of In-Vest USA, demonstrated the efficiency of an Active Shooter Vest. A Caliber round of .05 was fired at this armor, and it did not penetrate titanium plates. That’s how we can save our blue line from crumbling.

The cause has been initiated. More power to first responders has been awarded. We are looking forward to safer communities. However, police officers, while being on their regular patrol, can suffer any unknown situation. That is why police officers should have an active shooter vest ready in their cruiser.

2 Active Shooter Vests were provided to Pine Ridge Police Department. Michael Letts put forward his motive by saying that his first goal was to give these upgraded vests to SWAT members. But now, every police officer on patrol needs active shooter vests to save himself against any uncertainty.

In-Vest USA operates as a grassroots organization from public donations. Your donation will make a significant difference. 92% of police officers do not have Active Shooter Vest by now. But In-Vest USA hopes to ace that figure and build public awareness of the lack of vests to support first responders.