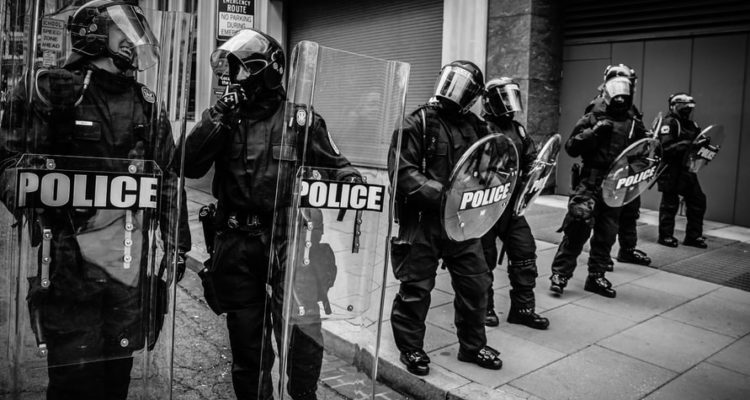 Why Heroic Police Officers Should Be Praised? Because They Deserve It, Jim Rada on Yorker’s Tribune

On January 9, 2022, Mark Jenkins, a 70-year-old former U.S. Air Force fighter pilot, took off from Whiteman Airport in Pacoima, California, in a Cessna 172. Unfortunately, the small plane lost power and crash-landed on the street, sliding onto railroad tracks.

The crash left Jenkins dazed inside the cockpit. Typically, this wouldn’t have been a major issue. He would have come to his senses before long, and the experienced Air Force fighter pilot would deal with the problem– except for one problem. A train was heading at full speed toward the plane, unable to stop in time. So it was a good thing for Mr. Jenkins that the Pacoima Police Department was not defunded.

“I saw the plane come down,” said Police Sgt. Joseph Cavestany. He was one of the four Los Angeles Police Department officers who responded to the emergency within five minutes of the crash. “It had looked like he was sideways… I requested our communications to stop all rail activity.”

The police officers spoke to the pilot to keep him conscious. Then came the sound of bells and flashing lights, signaling an oncoming train, the responding officers recalled during the press conference.

“We looked, and sure enough, there was a train headed right for us at full speed,” Officer Robert Sherlock, another responding officer, said.

Two Los Angeles Police Department officers pulled the bloodied pilot from the plane and ran from the tracks while carrying Jenkins body to safety. One officer’s bodycam caught the incident on video.

Seconds later, a trained smashed the wrecked plane to smithereens. If the pilot had still been aboard, he assuredly would have been killed. Instead, the video seems to show a piece of the wreckage barely missing hitting the police.

Despite watching the train heading straight at them, unable to stop in time, the Los Angeles Police Department officers did their jobs. They risked their lives and went to the plane and rescued the pilot. Because of the heroism of officers Police Sgt . Cavestany, Police Officer Robert Sherlock, Police Officer Damien Castro, and Officer Christopher Aboyte, the pilot, Mark Jenkins is still alive.

This is one reason that a well-trained police force is needed. How many civilians would have been willing to put their lives on the line like that?

This incident was a dramatic example of heroism within the ranks of police forces across the country. Some police officers’ acts of heroism may not be as movie-worthy as this incident, but they are just as important to the people they help by putting their own lives at risk.

Michael Letts of InVest USA, a Big Advocate for Investing in our Law Enforcement Heroes