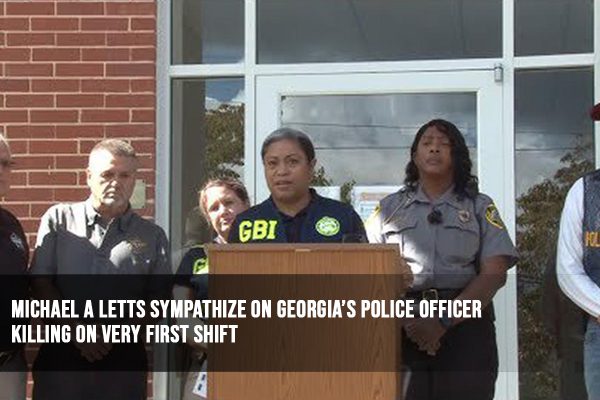 The rage against police officers is escalating day by day in America. The anger is based on illogical demands, i.e. defund the police. If defunding the police calms down their rage, what about if they get into any consequential incident? There will be no one to respond.

A heart-wrenching incident happened recently – Georgia’s police officer was killed on the very first shift. That is undeniably unfair. Bring someone to death just for the sake of unreasonable demands? Our society needs to develop its thoughts.

Accountability & Consequences of this Shooting Attack is Defunding?

Defunding the police is the call by some so-called liberals. Because their tiny brains think that police are being over-resourced. They have not noticed that most police officers do not have anybody vest to wear during their duty times. Their fundamental rights are not fulfilled also. As a result of their dignitary efforts, they are shot forcefully. Georgia’s police officer was brutally murdered, which puts a question mark on the justice system of America.

Georgia, unfortunately, has been on the aim of these kinds of aggravated incidents from past years. The reason for these consistent incidents is racism (hatred towards the black community). Attackers forget that they are Americans also. The only thing they focus on is, these police officers of particular districts are not eligible to be a netizen of America.

The territories like Georgia have under-privileged people. They cannot afford security for themselves. Thus they are more likely to face such incidents. They are easy targets of attackers, and hence, all the first responder community affects.

We cannot expect the accountability of such incidents from America’s justice as defunding movements also influence them. The consequences, on the other hand, are terrible.

Michael Letts revealed in a recent talk that 92% of first responders do not have Active Shooter Vest to protect themselves against any ballistic attack. These numbers are alarming as it is the responsibility of America’s government to release funds to save the lives of their frontline responders.

There is nothing like personal safety or safety equipment when police are on duty. But, unfortunately, first Responders have to respond bare-bodied in deadly circumstances also. And in consequence, we lose such precious lives.

Michael A Letts founded In-Vest USA in 1993 when it revealed that 58% of police officers do not have body armor to wear. The figure will panic anyone. But due to the consonant efforts of Michael Letts, the numbers dropped to just 28%. Soon there will be no first responder who does not have a body vest.

And if we do not save it from crumbling, there will be no one to respond at 911.

Being a true native to the USA, it is your responsibility to appreciate first responders. You can say thanks for their worthy efforts. Appreciate them for keeping your community in check and balance.

Additionally, you can visit the website of In-Vest USA to put your share in providing a free bulletproof vest.